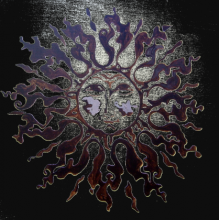 SCHA grew out of on-campus housing co-ops' desire to have off-campus cooperative housing that is not under University control. Students living at the Tri Co-ops and Domes charged themselves excess rent money and put it into a savings account in order to buy a house for future co-opers. In 1979, Sunwise Co-op was built and the founding Sunwisers formed the non-profit that owns the house. J Street Co-op was founded in 1986.

SCHA has undergone three expansions in the last seven years. The first involved acquiring and renovating two historic houses to create Corner Co-op in 2010. The following two expansions involved signing ground leases with UC Davis (in 2011 and 2015) for two existing cooperative communities on campus which were founded in late sixties and early seventies (and previously managed by Student Housing). (Former residents of these same on-campus co-ops founded SCHA in 1979.) The ""co-expansion"" with the UCD campus communities came about through collaboration between the off-campus houses and the on-campus communities, with support from the University.

While SCHA co-ops are connected through the non-profit, the goal is to have each branch of the community (off-campus houses, Domes, and Tri Co-ops) be self-sufficient, with the non-profit existing to facilitate the mutual support of co-ops and fulfill the organization's mission.Co-opers serving on the non-profit’s board make decisions about how rent money is spent. Once essential expenses are covered, like water and the mortgage, we sometimes use the collective’s money for workshops that benefit our community (like facilitation, anti-oppression, and conflict resolution) or to sponsor people’s attendance at co-op related conferences. Non-profit status also enables us to apply for grants for projects and to sponsor other groups that are working toward non-profit status. (We did this with Bike Forth, the local bike collective, for example!)

While decisions concerning the non-profit are made at board meetings, much of the work gets done in committees and in between meetings. We also have paid staff positions that help contribute to the stability of the non-profit, and help ensure that essential tasks are taken care of. We are working to balance our cooperative community’s DIY culture with accountability systems that ensure that essential tasks get done. Staff are there to do the administrative tasks that people tend to be less excited about (like filing tax exemption claims, low-income verification forms, etc.), and they are accountable to the SCHA Board. Staff provide resources and support to co-opers with their respective projects and action items.

SCHA is committed to providing low-income cooperative housing that works to confront and critique systems of oppression through ecological awareness, inclusive self-governance and alternative economic models.

We do not have formal hourly labor requirements and are in the process of developing labor accountability systems. Each co-op has work parties, but they vary in frequency, duration, and systems of accountability.