Vote for the NASCO Board of Directors

Voting is now open for the NASCO Board of Directors! Each year, NASCO members nominate and elect candidates to the NASCO Board. All Active Member cooperatives are eligible to vote. Ballots and candidate statements were sent to your co-op by mail and email, and are also available here.

1) Letter to Active Members about voting

Ballots are due on Friday, January 30th.

Santa Barbara Student Housing Cooperative (SBSHC) is hiring an Executive Director! This is an exciting opportunity for a motivated leader to take on an executive organizational leadership position for a successful affordable student housing cooperative.

SBSHC is a 501c3 non-profit corporation operated and governed by its resident  members. Founded in 1976, SBSHC just opened its fifth building in 2013 in beautiful Santa Barbara, California. Please visit http://www.sbcoop.org to learn more about the co-op. The full job posting is linked here.

Yesterday, October 29, 2014, was the nominations deadline for NASCO’s 2015 board election. As you probably know, this is the first year with a new election schedule involving nominations in the fall and voting in the winter. We originally set the October deadline in order to allow more time for cooperatives to discuss the candidates and vote before the winter holidays. However, many members were not expecting nominations to be so early, and did not have adequate time to discuss and nominate candidates.

In order to allow for more thoughtful nominations and more engagement from members in the election process, we have decided to extend the election timeline. The new timeline is:

Spring board meeting: TBA in March 2015

We hope this will give many more people the opportunity to seek nominations, and that more cooperatives will be able to consider candidates for the board. The original nomination materials are here.

College Houses, a NASCO member co-op in Austin, TX, is hiring two positions: an Administrative Coordinator and a Maintenence Coordinator. Both positions are full-time. Cover letters and resumes will be accepted until October 17, 2014. Please see linked postings for more information.

NASCO Board Nominations for 2015 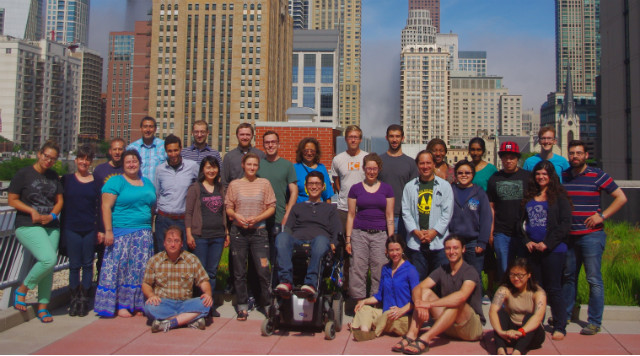 NASCO is pleased to announce the beginning of a nomination process for seats on our Board of Directors. A mailing was sent to all Active Members, Associate Member organizations, and Individual Members on September 5, 2014.
In the past, NASCO has held board elections in the spring. Beginning in the 2014-2015 year, we are changing the election schedule so that all new board members (both those elected at Institute and those elected through the general election) will begin their terms at the same time. This will allow for more in-depth training for the new board members.
Elections are conducted annually by the NASCO Board of Directors for four of its 12 three-year seats. In 2014-2015, the Board is filling one additional seat for a one-year term. We are excited to be seating five new Directors through the election process. These directors will begin their terms at the February 2015 board meeting.
We have designed the timeline to give member co-ops sufficient time both during nominations and balloting to utilize whatever process they desire for these decisions.  In order to ensure that this purpose is achieved, we will be strict on our deadlines.
Continue Reading
September 4, 2014

Registration is now open for NASCO Institute 2014, which will take place November 7-9 in Ann Arbor, Michigan. NASCO Institute is an exciting opportunity to meet and network with hundreds of co-opers from all over the U.S. and Canada, to deepen understandings of our movements, and to learn new cooperative skills.
The deadline for the discounted early-bird rate is Friday, October 10, so register now. Scholarship applications are due Friday, September 26 - you can apply for a scholarship online here.
For more information, visit: www.nasco.coop/institute.
Continue Reading
September 4, 2014

This year, like every year, we’ve had a lot of fun putting together the program for NASCO Institute, finding new ways to change and improve the conference.
Continue Reading
September 4, 2014

In August, NASCO Staff visited members in Ohio, New York, Massachusetts, and Kansas; worked remotely with members in Oregon, Maryland, and Texas; provided development/expansion support to groups in Idaho, Ohio, Texas, California, and Pennsylvania; began preparing for board elections; continued raising funds for the Low Income Scholarship Fund; created a poster for our Shared Resource Library (which we’ll be mailing to our members soon); and finalized the majority of details for NASCO Institute. The NASCO Board has been drafting proposals to bring to the Annual General Meeting in November and preparing for Institute.
Continue Reading
September 4, 2014

Most folks show up to NASCO Institute expecting educational workshops, inspirational speakers, social justice work, fun activities, and collaboration with other cooperatives. These are all wonderful reasons to attend, and NASCO Institute is also a powerful space for marginalized co-opers to learn more about themselves, connect with one another, share tools to address issues in their homes, and build strength within NASCO’s governance through NASCO’s caucusing system.
The identity-based caucusing system at NASCO Institute creates spaces for individuals who share identities that are marginalized, within NASCO and/or within their own co-ops, to meet with one another, share their experiences, and gain tools for addressing injustice in their home communities.
Continue Reading
August 11, 2014

ICC Austin is hiring a Financial Administrator. View their listing. Deadline is August 22, 2014.